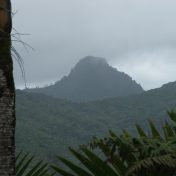 With Halloween right around the corner, I thought it the perfect time to address some common misunderstandings about wildlife.  We have all heard them.  Whether they are called myths or Old Wives Tales most false accusations conjure up fear that sometimes result in the persecution and death of many innocent species. How many times have you heard someone say that… Read more »

A deadly threat has been identified in a Southern Illinois population of Massasauga rattlesnakes (Sistrurus catenatus).  In 2008, biologists found 3 eastern massasaugas with disfiguring lesions on and around their head.  In addition, the snakes had multiple growths and ulcers, and experienced swelling that extended throughout the skin and skeletal muscle.  Another massasauga with a similar condition was documented in… Read more »

It is hard to believe that in a world where the human population now exceeds 7 billion, that there are still unexplored wild areas, and new plant and animal species being discovered.  I think it is easy to understand the importance of preserving oceans, jungles, rainforests, grasslands, and deserts (yes, even deserts) for the known species that inhabit them, but… Read more »

In preparation for my favorite holiday, I was recently perusing through the Halloween decorations at a local megastore.  For me, Halloween standards are carved pumpkins, bed sheet ghosts, and candy; lots of candy.  However, for others, the scariest of holidays is all about fear.  Some of the most iconic Halloween characters that makes ones blood run cold and stand frozen… Read more »

Recently, I had the privilege of spending time with a biologist studying the impact of the chytrid fungus on amphibian populations, as well as some of the beautiful Panamanian Golden Frogs (Atelopus zeteki) in her study.  Chytrid is a type of fungus that is exclusively found in water or in moist environments.  Although there are over 1,000 identified chytrid species… Read more »