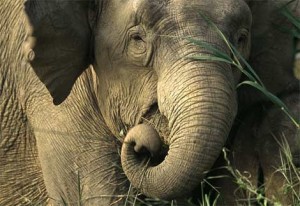 The surviving population of Asian elephants is estimated at 38,000–52,000; a far cry from the more than 100,000 elephants in estimate to be in Asia at the turn of the century (Santiapillai and Jackson, 1990). The actual number of elephants found in the wild then and now can be only rough estimates.  The process of trying to systematically census the densely forested regions of Asia is extremely difficult. In many countries, unfavorable political conditions hamper or prevent census work. Current estimates of the wild populations are shown in Table 1 (CITES/WWF, 2004; IUCN/SSC, 2009).  An additional 15,000 Asian elephants are thought to be held in captivity being utilized in the timber industry, as tourist attractions and other forms of entertainment within circuses and zoos, as well as in religious and cultural events (Sukumar, 2003; Blake and Hedges, 2004). 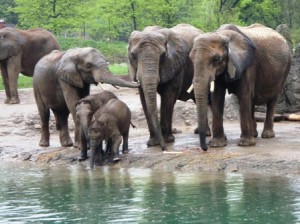 According to the International Union for Conservation of Nature (IUCN) 2007 African Elephant Status Report, elephants are currently documented in 37 countries in sub Saharan African; the Savanna, L. africana, mainly Eastern and Southern African and the Forest, L. cyclotis, mainly Congo Basin of Central Africa.  Much of the extant population is fragmented by human activities disturbing traditional migratory routes. One of the highest projected human population growths in the next 25 years is expected in sub-Saharan Africa. The total fertility rate for African women remains high at nearly six live births per woman. To avoid malnutrition, sub-Saharan Africa will need to increase its food production three-fold, turning existing wildlife habitat into cropland, exacerbating the problem of declining elephant populations and habitat fragmentation (Blanc et al., 2007; US Census Bureau, 2009).

L. africana once ranged throughout Africa. By the middle ages, the species became extinct in northern Africa primarily due to the ivory trade 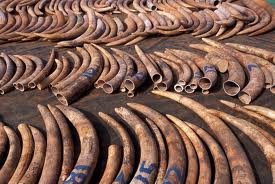 (Scullard, 1974).  Overhunting during the 18th and 19th centuries depleted elephant numbers in Southern Africa. Controlled hunting, a drop in the price of ivory, and the development of wildlife preserves following World War I saw the population of elephants once again increase within Africa (Gröning and Saller, 1998).

In the 1970s, the increase in the price of ivory reignited the poaching of elephants. The population, estimated to be at about 1.3 million in the early 1970’s, dropped by more than half by 1995. Due to uncontrolled poaching, in 1989 the African elephant was listed as Appendix I (endangered) by CITES which placed an international trade ban on elephants and elephant products. In 1997, the African elephant was down listed to Appendix II in some southern African countries by CITES due to rebounding populations and protection programs. This remains the case today. Appendix II classifies these populations as threatened and allows some limited trade in elephant products with certain restrictions, quotas, and permits (CITES, 1989; IUCN, 2009).

Currently, elephant populations in Africa are still subject to poaching and being hunted for bush meat. The forest elephant is particularly susceptible, increasingly so as the forests are being logged attracting more people and making elephant habitat more accessible by building 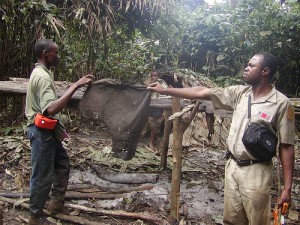 roads. In contrast, some African countries insist they have too many elephants. They demonstrate an excess of elephants by increased elephant-human conflicts and elephant-influenced habitat modification adversely affecting population numbers of other species. These countries are looking for ways to reduce their elephant numbers through translocation programs, birth control, and culling.  At present time, estimates of wild populations of both subspecies of African elephants fall in the range of 470,000-690,000 individuals.  At present time the African elephant is considered to be a near threatened according to the IUCN Red List (Blanc et al., 2007).

Today the population is optimistically placed at near 500,000, but census analysis done by the IUCN African Elephant Specialist Group suggests the true numbers are lower. The group suggests that the estimates are misleading due to several factors influencing census work including the vast forests where elephant inhabit, political unrest in some of the range countries, and inconsistencies of survey methods. To better understand the wild numbers, the IUCN African Elephant Database 2007 describes five types of survey methods:

2. Sample aerial counts and ground samples with 95 percent confidence limits where a lower (definite), probable, and higher (possible) number is derived from the sampling.

3. Dung counts with 95 percent confidence limits where no definite number is established due to the lack of direct observation, but dung inspection provides a probable figure and a higher possible figure.

4. Informed guesses where expert opinion along with other non-methodical survey systems provide a possible number or a speculative figure.

5. Other guesses where only speculative numbers are provided. 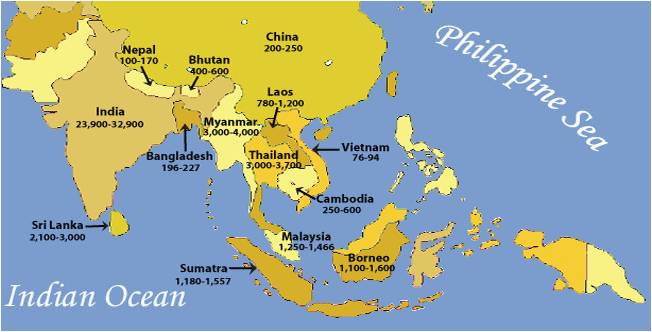