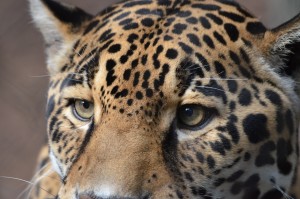 Predators keep ecosystems in balance. Large carnivores, like lion, leopards, and cheetah, play important roles as stewards of the environment by maintaining healthy populations of herd animals. Culling sick and geriatric individuals limits disease contact to others and ensures populations will be maintained at a sustainable level. When the natural balance is shifted to the side of the prey, the habitat suffers. Yellowstone National Park in the United States suffered a near collapse in several areas when gray wolves were removed in the early 1900s. By removing the predator, prey animals flourished. So much so that massive elk populations destroyed entire willow thickets and the subsequent habitat for a variety of other species.

Where Have All the Big Cats Gone?

At present, our human population is at 7.3 billion. The increasing demand for resources for an ever-growing global community, as well as human displacement from internal civil conflicts, have caused a great need for new settlement areas. The problem is that most of these places are already called for and have been for centuries by our wildlife. Human-wildlife conflicts over territory and resources are a daily occurrence. Human encroachment into designated parks makes interactions with wild animals inevitable.

Big cats are opportunistic hunters. Although they have a preference for wild hoofstock like deer and antelope species they are never going to pass up an easy meal; and honestly, who can blame them. Coming into contact with sheep, goats, and cattle usually end in death, either to the livestock and/or the big cat. Because of a lack of government assistance, compensation, or impatience and anger on the pastoralist’s part, retaliatory killings target individual cats or entire prides. 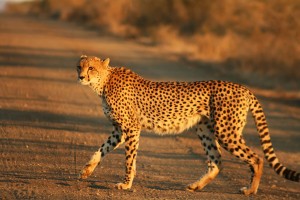 The trade in wildlife and their parts is the fourth largest illegal trade behind drugs, weapons, and human trafficking. It is currently a $20 billion a year business. The uniquely patterned coats of leopard, cheetah, and tigers continue to be in high demand for black market fashion. In China and Taiwan, tiger bones and blood are falsely sought after as a cure-all elixir. Similarly, lion teeth, claws, whiskers, and manes are sold as amulets for protection and even used in cursing rituals.

For some, to witness a big cat in the wild is a thing of grace and beauty; however, for others they are nothing more than a trophy. There are more than a few international countries that allow for hunting of big cats. Hunters pay a very large sum of money, in some cases upwards of $50,000.00, to visit game reserves and literally be driven up to cats that have been preconditioned to not fear humans to make their kill. Some facilities go as far as even tethering the animal to a tree to ensure that they will not run away. Regardless, the end result is the same; the “hunter” bags his prize with a high-powered weapon and retires to the comfort of the lodge. The cat on the other hand retires to the taxidermist freezer.

The Future of Our Big Cats

The future is upon us. Human activities have led to an inevitable perfect-storm of destruction for our wildlife and wild places whether it intentional or not. Global campaigns continue to bring awareness to the importance of our big cats. In addition, international legislature is used to prosecute those criminals intent on destroying these icons of the bush. But it is not enough? If population trends continue, by 2045, our lions, tigers, cheetah, leopards, and jaguars will be gone. Ghostly images will be all that is left to remind us that once again human apathy prevailed in a most sinister way. Is this the legacy we want to leave to future generations? We all have to believe that there will always be hope.

For centuries, the Massai people living in Kenya’s Masai Mara would measure bravery and mark the transition into

manhood by one’s ability to kill a lion with a spear. The lion’s mane would later be worn as a badge of honor. Due to over-hunting, poaching, and persecution over human-lion conflicts, lion numbers plummeted. In 2007, a group of conservationists saw the need to protect the remaining lions in East Africa. The key initiative was to get people involved, specifically the Massai. Lion Guardians was formed out of a necessity to protect and conserve lions but in the eight years since its inception has become much more. Now bravery in a Massai warrior is no longer measured by what he can kill but what he can save. The Guardians act as mediators between lions and humans. As citizen scientists they record data regarding movement among and interactions with humans in Tanzania and Kenya. As a collective voice for the lions, the Guardians work to mitigate the stress that can come from living so closely with large predators and promote their conservation. These amazing people are proof that perceptions can change.

In West Africa the Cheetah Conservation Fund (CCF) in Namibia work tirelessly to support cheetah survival. Injured cheetah can be transported to an onsite veterinary hospital for emergency medical care and subsequent rehabilitation. Since 1994, CCF has been breeding and training Anatolian shepherds and Kangal dogs. Once mature, these dogs are placed with farmers to protect livestock against predators.   And if that’s not enough, CCF is also restoring habitat, educating locals on best farming practices, inspiring cheetah enthusiasts internationally on the plight of this incredible animal in the pet trade, as well as participates in biological research studies.

South Africa’s Leopard Conservation Project (LCP) was founded to protect leopards from “poaching, poisoning, trapping, and over-hunting.” Since it’s induction in 2000, LCP has taken a more active role in education and research. Working with farmers, they help formulate better strategies to alleviate human-leopard conflicts and predation of livestock.   Through research, utilizing GSM cell-phone collars, leopards are giving LCP insight into how they cope with an ever-changing environment.

We All Have a Part to Play in Conservation

Big cats need our support. Even if you have never been to Botswana to see a lion in the Okavango Delta or Namibia to watch a cheetah lounge in the shade of a Baobab, you can make a difference by getting involved. Start a conversation with your government about legislature to combat wildlife trafficking. Talk to neighbors and friends about the obstacles big cats have in both captive and wild environments. Support those projects previously mentions and those similar located in range countries working to mitigate human-wildlife conflict. Whatever you do, just do something. A single voice, fueled by passion alone, can be heard over the crowd. Please lend your voice to big cat conservation. 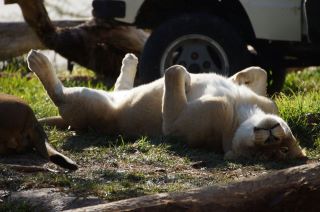